The Publications of the Research Institute for Mathematical Sciences will publish two double special issues in 2021, one on Inter-universal Teichmüller Theory by Shinichi Mochizuki and one in honor of Masaki Kashiwara. 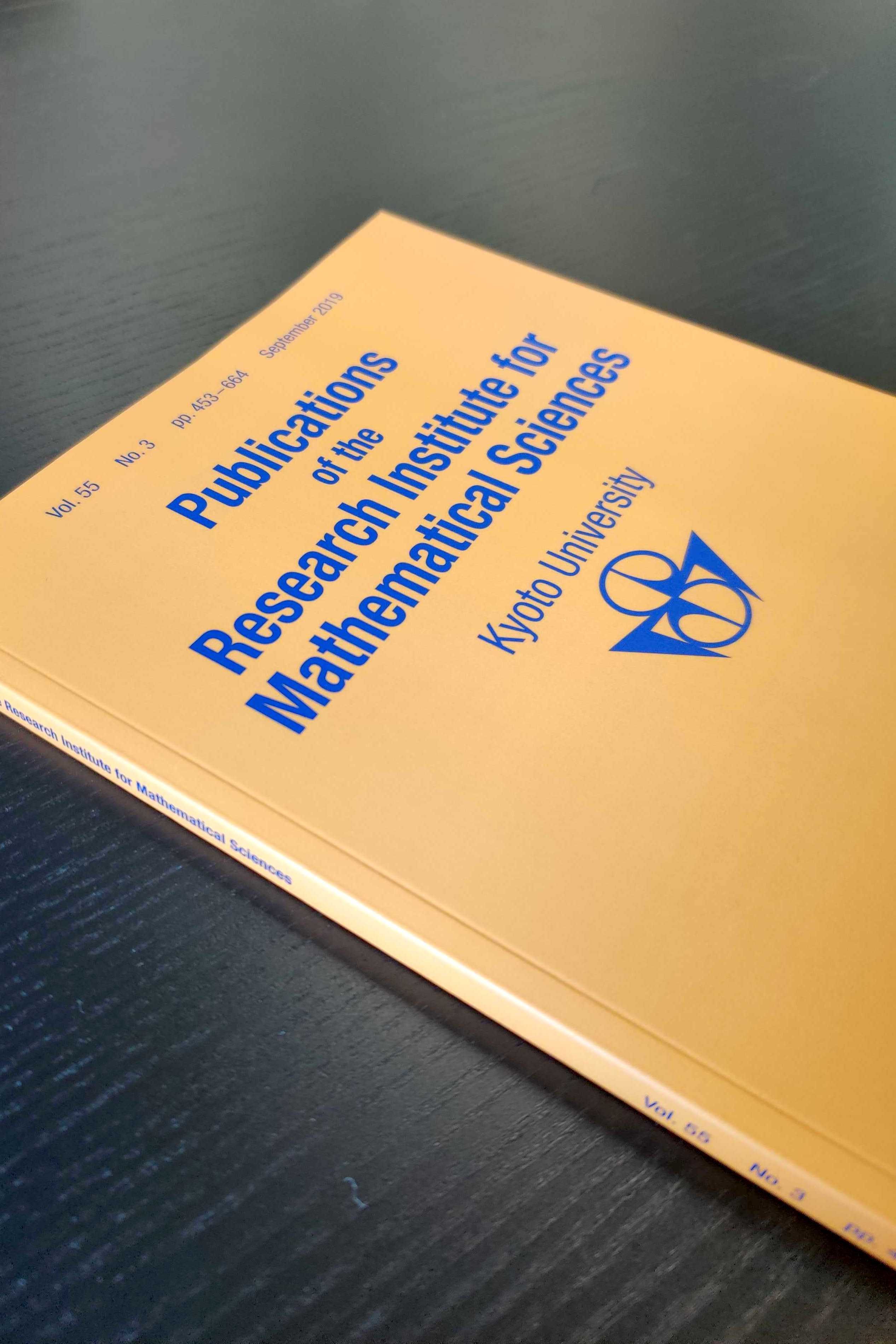 PRIMS is a journal of international renown, famous for having published numerous fundamental works in the years from its beginning in 1965 to the present. Topics covered by such articles include the double exponential formula by Hidetosi Takahasi and Masatake Mori (1974), holonomic quantum field theory by Mikio Sato, Tetsuji Miwa and Michio Jimbo (1978), the theory of holonomic systems by Masaki Kashiwara and Takahiro Kawai (1981), the theory of primitive forms by Kyoji Saito (1983), and the theory of Hodge modules by Morihiko Saito (1988).

The year 2021 will see the publication of two special double issues of PRIMS, the first with the four articles of Shinichi Mochizuki on Inter-universal Teichmüller Theory and the second on occasion of the 70th birthday of the recent Chern medallist and Kyoto Prize winner Masaki Kashiwara, with invited contributions by eminent mathematicians from around the world.