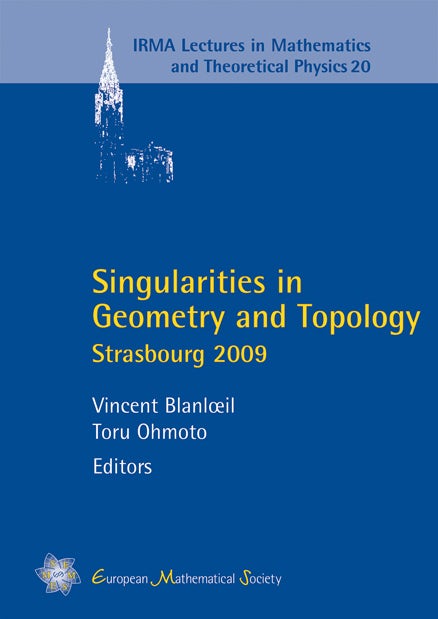 A subscription is required to access this book chapter.

Let Σg​ be a closed oriented (topological) surface of genus g (≧2). Over the Teichmüller space T(Σg​) of Σg​, Bers constructed a universal family V(Σg​) of curves of genus g, which would be well called “the tautological family of Riemann surfaces”. The mapping class group Γg​ of Σg​ acts on V(Σg​)→T(Σg​) in a fibration preserving manner. Dividing the fiber space by this action, we obtain an “orbifold fiber space” Y(Σg​)→M(Σg​), where Y(Σg​) and M(Σg​) denote V(Σg​)/Γg​ and T(Σg​)/Γg​, respectively. The latter quotient M(Σg​) is called the moduli space of Σg​. The fiber space Y(Σg​)→M(Σg​) can be naturally compactified to another orbifold fiber space Y(Σg​)​→M(Σg​)​. The base space M(Σg​)​ is called the Deligne–Mumford compactification. Since this compactification is constructed by adding “stable curves” at infinity, it is usually accepted that the compactified moduli space M(Σg​)​ is the coarse moduli space of stable curves of genus g. In this paper, we will sketch our argument which leads to a conclusion, somewhat contradictory to the above general acceptance, that the compactified family Y(Σg​)​→M(Σg​)​ is the universal degenerating family of Riemann surfaces, i.e., it virtually parametrizes not only stable curves but also all types of degenerate and non-degenerate curves.

Our argument is a combination of the Bers–Kra theory and Ashikaga’s precise stable reduction theorem.